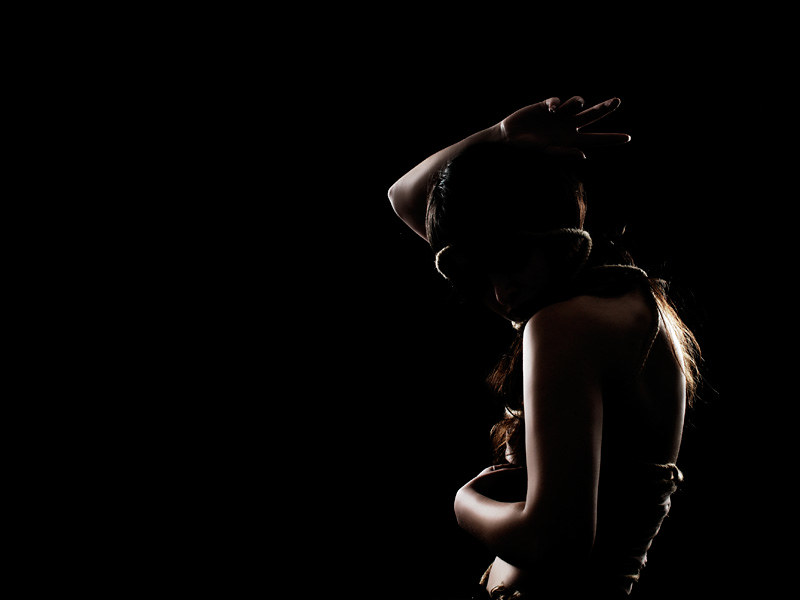 Gasping, grasping at something to hold her up
She’s fallen down the rabbit hole again
She told herself that she was free to breathe, free to feel
But once again, those familiar walls are closing in

Why can’t she find her way out of the darkness?
Why does she keep coming back to this place?
She didn’t want to, no, but she’s there once more
She’s still at the losing end of this infinite and unfair race

She told herself that it was okay to trust,
That it was okay to go on, even though she had been scarred
But the curse that always seems to haunt her is the one still living,
Waiting in the shadows for the moment she drops her guard

Tendrils of shadows are tickling at her feet
They’re taunting her, ready to pounce at any chance
Ready to take her when she least expects it,
Ready to make her their unwilling partner in this wounding dance

She’s only human, of course she’ll bleed, of course she’ll scream
But you’ll never hear her, oh no, she keeps them inside
On the outside, she smiles, she’s the picture of tranquility
But there’s a landslide of emotion raging in her mind

That’s why she doesn’t cry in this inky darkness, of course
She won’t let anyone see her tears, they can’t think she’s weak
Because once they do, once they see how fragile she really is inside,
God only knows the terrifying, shattering havoc they would wreak

Panicking, she finally lets out an anguished scream she’s been holding inside
She didn’t realize it had been clouding her mind, choking her soul
But what good is a cry for help with no one to hear it?
Who will stop her from falling into Oblivion’s black hole?

She sinks further, she falls faster, until she can’t feel anymore
There’s no light, no sound, no hands to hold her upright
There’s no way out of this darkness, she realizes, and she lets go
She’s nothing to do now but give up on this exhausting fight

Returning to the safety of the shadows, nothing can hurt her
She’s learned that lesson before, the last time she hid from the light
This battle is one she can never win, she’s tired of trying to
Closing her eyes, she resigns to the pain and gives up the fight